Occurrence: Cyclosa oculata is common in the forests and in the meadows. It is a rare species. Description: Its elongated abdomen has three small humps on the upper end and two humps on the back. Body coloring is from gray to black. Adult females can grow to about 7 mm. Period of occurrence: The juveniles hatch from eggs in summer. The adults are common from April to June. Web: Cyclosa oculata builds its small strong web usually near the ground. The web is characterized by a vertical stripe running down the center: stabilimentum. It is composed of dead prey and plant debris and the Orb-weaver uses it as a hidding place. The female also adds her egg sac there. The spider responds to a prey soon. During the day it sits on the central area. But in danger or in bad weather it goes outside the web. It doesn't make signal thread and nest. Food: It hunts small flying insects. 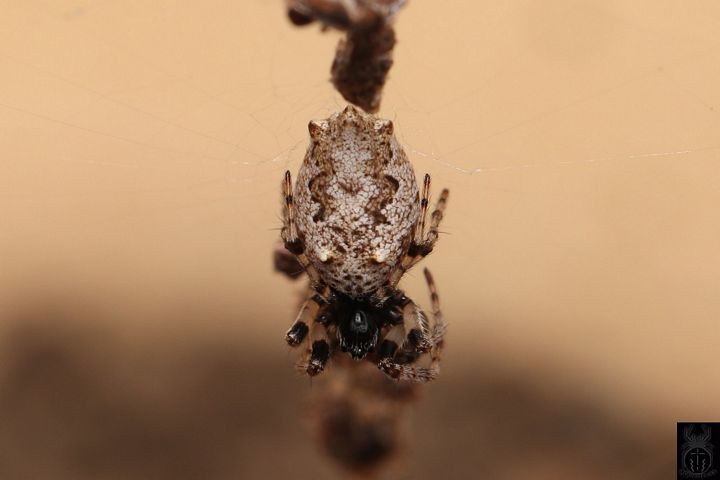